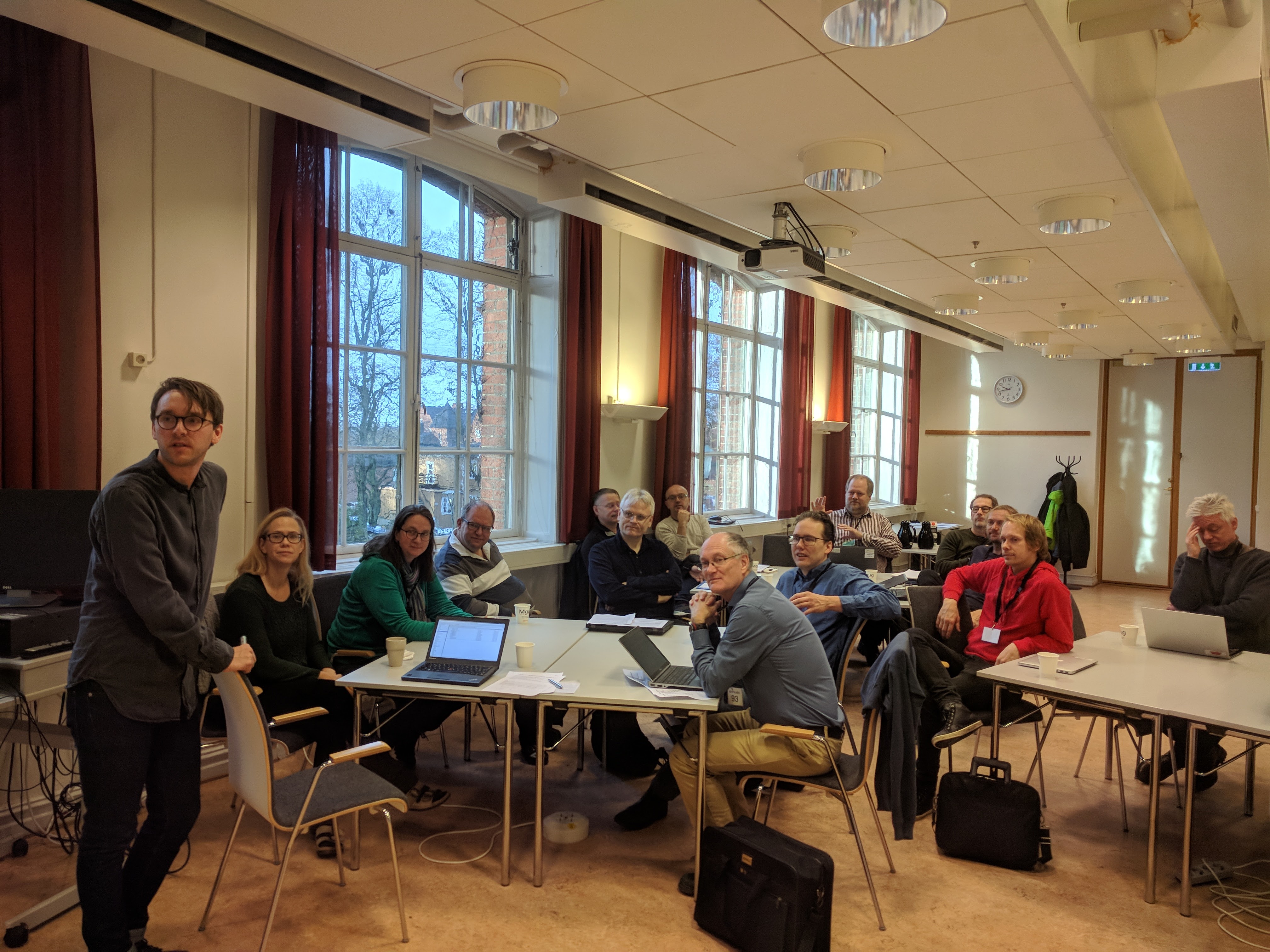 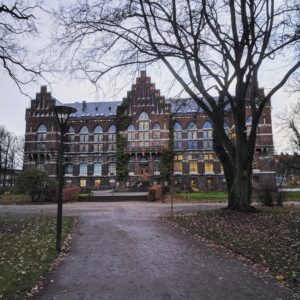 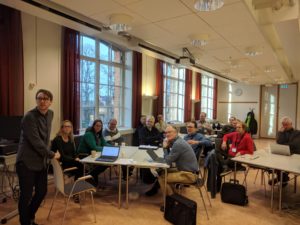 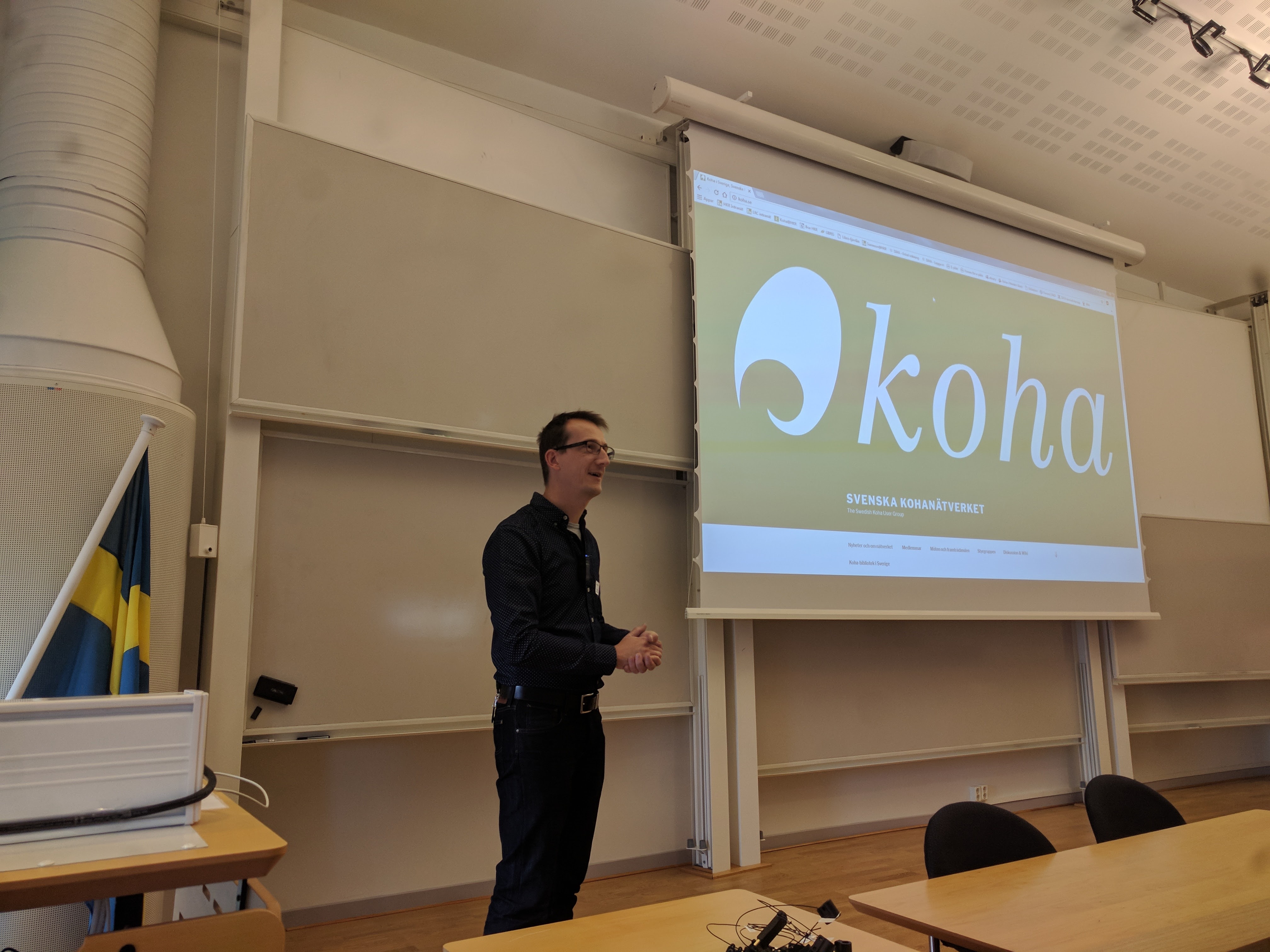 Between 4-5 October 2017 the Swedish Koha User Group held its fourth meeting at the Kristianstad University Library. About 65 people from Sweden but also visitors from Norway and Denmark attended the meeting.

The meeting started with the host Kristianstad University Library welcoming all participants. The Steering Committee of the Swedish Koha User Group was presented.

The Technical University of Denmark, DTU, held an introductory speech talking about how they moved from 28 years of Aleph to a Koha platform with a custom built OPAC front-end “DTU FindIt” and cataloging service. The migration work is still ongoing and in 2019 all systems are expected to have been migrated completely. DTU has a two year full-service agreement with BibLibre including free upgrades.

Following this the delegates formed discussion groups after the Open Spaces model and discussed fruitfully various Koha related themes. The themes were:

Andreas Hedström Mace from Stockholm University Library held a presentation on the Koha QA process and introduced the delegates to the koha.se Wiki platform.

Viktor Sarge from Region Halland held a presentation on the Koha translation process.

The first day finished with the host giving a guided tour of the University library and after that many delegates shared a meal at a local restaurant.

The second day started with Stian F. Kristensen presenting the major Koha project that Deichmanske/Oslo Public Library is pursuing. The City of Oslo is opening a brand new Public Library premise in 2020. The project is ambitious and new technology and services are required and sought after in this new library space. In the spirit to support this Deichmanske decided to move to Koha and also to “Linked Data”/RDF technology. Everything developed in this project is open source and can be found here:  https://github.com/digibib/ls.ext

The meeting continued with hands-on workshops having four different sessions. The sessions were:

After the Workshop and some Swedish “fika” (coffee and cake) Amelia Andersdotter presented the latest news on the new General Data Protection Regulation that is affecting virtually all organizations in the European Union. Amelia was previously member of the European Parliament representing Sweden and the Swedish Pirate Party and is now working for the privacy-focused NGO Dataskydd.net (https://dataskydd.net/).

The meeting ended with summary of the two days and the effort to make an initial Swedish Roadmap within the User Group.

The Koha Community Announces the Release of Koha 16.11