Sorry, this entry is only available in Swedish ...
Read More 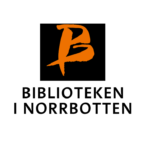 On the 26 August 2020 the library consortia of 14 Swedish municipalities in the administrative region of Norrbotten (homepage) decided ...
Read More
All news >>

About the User Group
The Swedish Koha User Group consists of a number of libraries in Sweden that have implemented, or is in the process of implementing, the free library system Koha. The group also welcomes libraries and private individuals that are interested in Koha.

The group was established at Stockholm University Library on the 17 February 2016 and today consists of 71 Swedish libraries.

The members co-operate in a number of task groups with issues such as translation, Swedish documentation, Interlibrary loan (ILL) support, and also furthering development of Koha.

The aim is to meet twice a year and in between the meetings collaborate using digital platforms.

The user group is organized as a loose network of libraries (and individuals). The user group has a steering committee, which has the task to coordinate work within the group.

Would you like to know more about the user group or perhaps apply for membership? Please fill in the form below: